MOSES LAKE — Cathy Kenny worked to lose weight, but – as with a lot of other people – it didn’t stay off.

“I was one of those people who went up and down (in weight), up and down, all my life. Tried every diet in the world, but nothing ever stuck,” she said.

What changed was a diagnosis from her doctor.

“In 2019, I was diagnosed with a lipedema,” she said. “It’s an abnormal fat deposit on the lower half of the body.”

Most people who contract lipedema are women. Its cause is unknown.

“It’s a progressive disease. And it’s painful,” Kenny said. “It affects your joints – it affects everything in your body.”

She battled joint and knee pain prior to her diagnosis, she said, and it was tough. Even routine chores were difficult.

“I couldn’t walk from my house across the street to my mailbox without stopping at least four times and resting because of the pain I had in my legs,” she said.

Getting the diagnosis meant she had to change things.

“When I was diagnosed with that, that’s when I got serious,” she said.

Weight loss became an important part of treating the disease.

“You can’t lose the abnormal fat any other way than liposuction,” she said. “So you have to lose the normal fat and build up muscle.”

Kenny was, and is, a member of a Moses Lake chapter of TOPS (Take Off Pounds Sensibly). She used the connections with her chapter, and the support it provided, to lose some weight. She lost 58.8 pounds during 2020, and won a state TOPS award as a result.

“For any long-term weight loss, whether you have a disease or you want to look better, feel better, it has to be a lifestyle change, not a diet.”

For Kenny, that meant evaluating what she ate and making a lot of changes, sometimes difficult changes.

Some foods she liked, onions and bell peppers for example, had to be eliminated. A lot of dairy products, such as whole milk and ice cream, also had to go.

“I would have dessert every day. I don’t do that any more,” she said.

She evaluated how the foods she ate affected her physical well-being, and that became the guideline.

“In a nutshell, it’s ‘pay attention to your body and adjust your eating,’” she said. “And that’s for any weight loss.”

It wasn’t easy – she missed onions and eggplant and bread. Thanksgiving is coming up, and she will skip the stuffing and rolls, stick with the vegetables and turkey. But there will be some dessert.

“I will have a slice of pumpkin pie,” she said.

She has come up with some alternatives and made some changes in the way she eats. She found a recipe that combines oatmeal and pinto beans and makes a good substitute for bread. She used to skip breakfast occasionally, and now it’s her biggest meal of the day.

They were tough changes, she said, but in the end they were worth it.

“It was a very difficult transition. But then after a while, you see the results of it, and it makes it worth the effort,” she said.

The TOPS group provided support and education, providing information about nutrition, exercise and ways to keep the changes going.

“The biggest thing for me was the support,” she said. “Nutrition, exercise, emotional support, self-esteem.”

Her TOPS group is pretty small, but she’s seen the same support in bigger groups.

As a devout Christian, she also credited her faith with helping her make the changes she needed.

“I firmly believe in the power of prayer,” she said.

While it’s been – and sometimes still is – a struggle, it’s worth it, she said.

“I can walk past my mailbox now,” she said.

Cheryl Schweizer can be reached via email at [email protected] 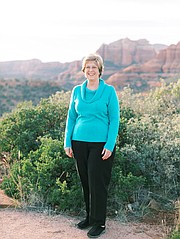 Best Online Fitness Training Programshttps://bestonlinefitnesstrainingprograms.com/
Previous articleJohnson Makes the Move from Bulls to Blue Demons
Next article5 simple tips to energise your team when it’s cold and dark outside

How to Overcome the Challenges of Working Out Around Injuries