The Victorian Government has announced amendments to the state’s anti-scalping legislation that will target those buying tickets and then obscuring inflated resale seat prices through ‘bundling’ deals that combine hospitality, experiences or merchandise packages.

Aiming to halt what it calls the “back-room bundling of tickets with other items to circumvent existing laws”, the new legislation, being introduced into Victoria’s Parliament today will crack down on scalpers trying to get around the state’s existing laws on ticket reselling for major events.

The Major Events Legislation Amendment (Unauthorised Ticket Packages and Other Matters) Bill 2021 will make it an offence to advertise or sell a ticket package to a declared event without the written authorisation of the event organiser.

The amendments to Victoria’s Major Events Act 2009 will also require resellers of all tickets to declared major events to state the face value, the asking price and the seat details of tickets in advertisements with the aim of ensuring greater transparency for buyers on the secondary market and support authorised ticket officers in enforcing the laws.

They build on the 2018 updating of the state’s anti-scalping laws, which make it illegal to advertise for sale or sell a ticket to a declared event for more than 10% above the face value. 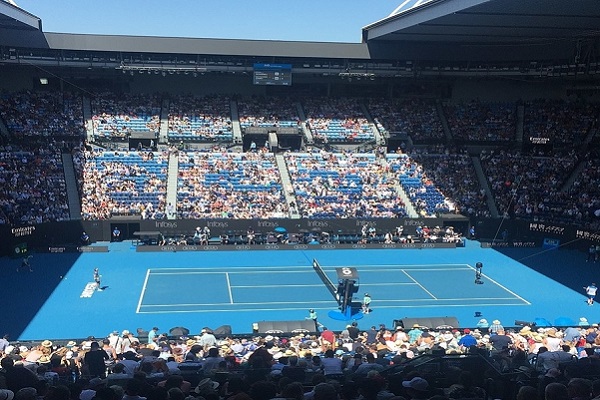 Explaining that it was important ticket buyers had confidence they weren’t being ripped off, Victorian Minister for Tourism, Sport and Major Events, Martin Pakula stated “these changes will provide more safeguards and greater transparency for the passionate and dedicated Victorians who are the backbone of events in this state.”

Since the 2018 changes came into effect, 20,510 tickets have been removed from reselling websites and more than 60 fines issued including eight from this year’s Australian Open and AFL Anzac Day clash.

The Australian Open, the Boxing Day Test at the MCG, Melbourne International Comedy Festival, Moulin Rouge! The Musical and Harry Potter and the Cursed Child are listed as declared events under the anti-scalping laws.

Victorians who suspect a scalping offence has taken place can make a report at djpr.vic.gov.au/ticket-scalping/report-an-offence, which will trigger an investigation by an authorised officer.

Images: Theatrical productions such as the Harry Potter and the Cursed Child a the Princess Theatre Melbourne are listed as ‘declared events’ under Victoria’s anti-scalping laws (top, credit: Daniel Boud) and the Australia Open is also on the list of ‘declared events’ (below).

28th July 2021 – Unvaccinated Australians could be barred from festivals, theatres and sport and entertainment venues

Best Online Fitness Training Programshttps://bestonlinefitnesstrainingprograms.com/
Previous articleYour breast size has nothing to do with the number of men you’ve had sex with, and more myths busted
Next articleThe magic of sleep | Fit and Healthy | Pikes Peak Courier

Pittsburgh Steelers Minicamp Recap Day 3: 2022 minicamp is in the books

How to use Torchbearer for fitting ML models with PyTorch?

Add These 6 Winter Foods to Your Diet to Manage Diabetes

How Many Calories Can You Clock Up In This Two-Move Cardio Challenge?