The Expeditionary Sea Base USS Hershel “Woody” Williams (ESB 4) arrived in Maputo, Mozambique for a scheduled port visit, October 15, 2021.  This marks the first port visit by a U.S. Navy ship since 2011 and shows the strengthening partnership between the United States of America and the Republic of Mozambique.

During the three-day visit, Navy sailors will engage with officials from the Mozambican military and government and conduct a Navy-to-Navy exchange.

“Our ability to conduct this level of military cooperation is a testament to the strength of the strategic partnership between our countries,” said Dennis W. Hearne, U.S. Ambassador to Mozambique. “We share a common interest in ensuring the security, safety, and freedom of navigation in southern Africa, which is critical for Mozambique’s prosperity.”

“My crew is very excited for the opportunity to visit Mozambique, experience their culture, and make a positive impact in Maputo during our time here,” said Capt. Chad Graham, commanding officer, USS Hershel “Woody” Williams. “Partnership with Mozambique is a point of pride for the Navy, as cooperation enhances our commitment to safety and maritime security in the Western Indian Ocean.”

USS Hershel “Woody” Williams is the first warship permanently assigned to the U.S. Africa Command area of responsibility. For over 70 years, U.S. Sixth Fleet forces have forged strategic relationships with allies and partners, and solidified a foundation of shared values, experiences, and vision aimed at preserving security and stability. U.S. Sixth Fleet, headquartered in Naples, Italy, conducts the full spectrum of joint and naval operations, often in concert with allied and interagency partners, in order to advance U.S. national interests, security, and stability in Europe and Africa.

The United States shares a common interest with African partner nations in ensuring security, safety, and freedom of navigation on the waters surrounding the continent.  Mozambique is a critical partner in maintaining peace and stability in the region, particularly maritime security along the Indian Ocean.  Mozambique participated in the multinational maritime exercise Cutlass Express in 2019 and in August 2021 and is a long-standing participant in the International Military Education and Training (IMET) program.  These types of exercises strengthen partnerships and allow both countries to work together on shared transnational maritime challenges.

Distributed by APO Group on behalf of U.S. Embassy in Mozambique. 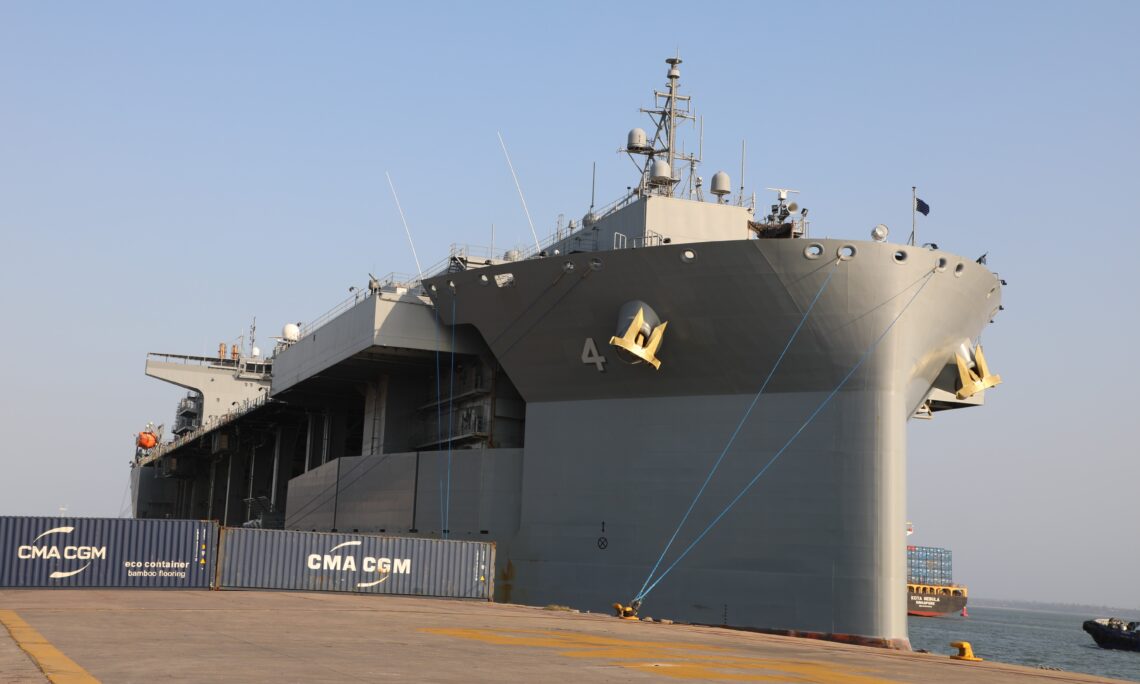 Africanews provides content from APO Group as a service to its readers, but does not edit the articles it
publishes.

Best Online Fitness Training Programshttps://bestonlinefitnesstrainingprograms.com/
Previous articleStanding on one leg is a sign of good health – and practising is good for you too
Next articleShacket Options for Cool Fall Weather

Shraddha Kapoor Keeps It F For Fitness In Her Latest Video: See Here

Russia says it will beef up forces near western border

Socio-economic disparities in child-to-adolescent growth trajectories in China: Findings from the China Health and Nutrition Survey 1991–2015

Kaley Cuoco Keeps Her Body Toned With This Workout Routine