Described as a “a momentous day for Tasmanian sport”, Hobart’s redeveloped MyState Bank Arena was officially reopened on Sunday in advance of Tasmania’s JackJumpers taking to the court for the National Basketball League’s Preseason Blitz series.

Hosting the first Tasmanian-based team to compete in the NBL for 26 years, the $66 million redevelopment of the former Derwent Entertainment Centre will not only allow the hosting of the new franchise but will also enhance Tasmania’s ability to attract and host major concerts and live performances.

The Tasmanian Government has been a strong supporter of the project, since purchasing the Stadium from the Glenorchy City Council for $8 million and then committing $56 million towards the upgraded facilities.

The NBL Blitz is seeing five teams based in Tasmania to play pre-season matches across the north, north-west and south of the state throughout November.

Speaking at the opening, Tasmanian Premier Peter Gutwein stated “the Tasmanian Government is committed to delivering more elite sporting content for Tasmanians to enjoy and today we see our very own Tasmanian JackJumpers take on the Brisbane Bullets in the first game of the NBL Blitz.” 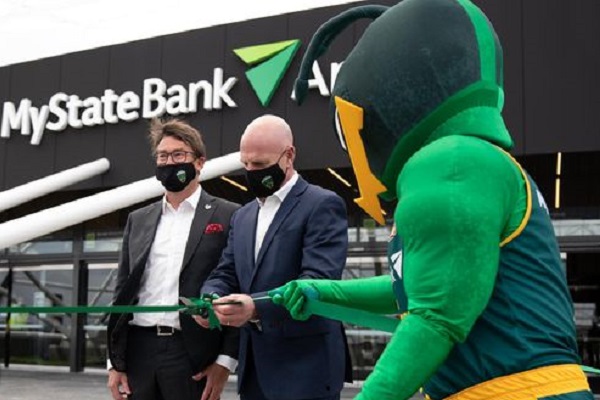 NBL and JackJumpers owner Larry Kestelman – unable to be in Hobart for the official opening due to Tasmania’s border restrictions – told the Hobart Mercury “(the venue) is something everyone can be very proud of, it looks wonderful”.

“Very proud of the team and all of Tasmania should be very proud of what they’ve received.”

Management of the venue is being undertaken by seven full-time staff members, headed by Venue Manager Renee Brown. On game day, the team grows to 160 staff.

The capacity of the venue is flexible, with its multi-purpose modes allowing 4,500 in basketball mode, 5,500 for a seated concert and 8,800 for a GA concert when seats are retracted.

The next stage of development on the site is the establishment of a $35 million community indoor multi-sport facility, which will provide facilities for a number of sports, along with training facilities for the JackJumpers. This work is expected to start in 2022.

How to (Safely) Miss Your Lifts as a Strength Athlete

‘Leadership Positions are Not the Exclusive Preserve of Men’

Jill drops the pounds for charity

Why taking gut bacteria may boost your Covid recovery