ALL OVER Ireland county championships will be winding down to their final climactic games. This means that for most players, the season has ended and their so called ‘OFF’ Season begins, going from training three to five sessions per week down to one to two sessions and in some cases zero sessions per week. Most players will always keep up some form of gym activity as a way of continuing their weekly exercise and some will turn to running either by themselves or with a groupclub over the winter months.

Another habit that most goalkeepers will do during this period is neglect their goalkeeping skills until the new season. Unless the ‘keeper is with a schooluniversityclub team that is involved in competition over this period, they will habitually allow their skillset to wane without any meaningful work being placed into these areas.

When a goalkeeper’s season ends it is vital for them to conduct an end of year appraisal to finish their year on the right note. This appraisal will reflect on the year that they have just completed, reflecting on any goals that had been set by the goalkeeper. The appraisal will also involve the evaluation of any recordable goalsdata that the ‘keeper collected, and all of this information will then be used to form a constructive conclusion for the goalkeeper that will help them form their future goals. My MSG Appraisal System was created for this very purpose. It was designed in such a way that would allow the goalkeeper to conduct regular appraisals on themselves in order to further their own development by highlight various areas of their game that require attention and as such can be specifically targeted in training.

With the majority of non-active goalkeeper’s entering into their supposed ‘Off’ season, I think it is first very important for any goalkeeper that is serious about their position andor serious about reaching the next level of their ability, to change the name of their off season and call it their ‘GROWTH Season.’ By changing the wording of this period, the goalkeeper then changes their mindsetattitude towards the purpose of this season. By renaming it the Growth Season it gives this period a sense of purpose in regard to improvement, working diligently and wanting to evolve into a more competent ‘keeper in certain target areas.

What the goalkeeper must create now is a periodized training plan for their growth season. Using their end of year appraisal, they should identify their target areas they will need to work on to improve for the new season, then create training plans with various exercisesdrills that will help them to improve in these target areas. The drills used should be specific to these areas and more importantly should be game based in nature while. They should also consider the seven stages of the MSG Levelled Progression Model written in a previous edition of this paper.

When reviewing their performance for the year one of the areas that will be important to look at will be the goalkeeper’s goalkeeping principles. Whether you have your own set of principles or whether you use my Eleven Goalkeeping Principles, it is good practice to review these principles regularly looking for any relevant changes you would make. What this creates is your goalkeeping framework that you will use while you play your position during games. Decide what you would change andor what you would do differently or want to do better next season. Creating daily, weekly, monthly, and yearly goals is paramount to improving any abilities the goalkeeper holds.

It is prudent to set both recordable and attainable goals for this growth period as well as understanding what exactly you want to achieve from this period. By setting goals in this way it will allow the goalkeeper to keep a close eye on the progress or regression they are making and adjust their periodized training plan as they deem necessary. To ensure this happens the ‘keeper must schedule review periods within their training plan and conduct mini appraisals on the training they have completed up to that point.

The goalkeeper may also want to factor in physicalmental development into their training plans so as to work on areas within their physical or mental game they also feel may be lacking. This may include their speedacceleration off their line, sprint speed, physical strength, power, dealing with pressure, communication, dealing with failure and more. It is important for the goalkeeper to take a holistic approach to improving their game when they are creating their periodized training plan.

With the training the goalkeeper is completing throughout their grow season it can also be helpful to play a substitute sport (basketballsoccerhandball) over this period. This allows the improvements you have gained through your hard work to be bedded into your muscle memory by using movement as the mechanism to ensure your body adjusts to the improvements you have made.

Finally, during this season it is also the chance for the 32+ year old goalkeepers to take time to decide what is the next step for them. At this time, they may or may not be considering retirement from the game. For me, having retired this season myself, I also required to plan for what I plan to do going forward.

Going from three to five sessions per week down to zero in such a short timeframe can leave a massive void in the ‘keeper’s life. And without correctly filling those hours again, constructively, it could have negative effects on the goalkeeper’s physical and mental health resulting in a phenomenon called ‘Football Depression.’

Whatever you decide to do during your Growth season always ensure that it is productive and is going to add to your life in a positive way. At this time of the season, it is ‘Time To Grow!’ 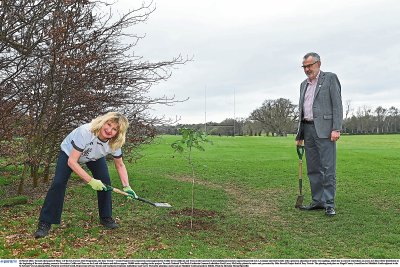 PLANTING… Off season is a time to grow your skills

The five goals of base training

The Exercise Mirror That’s Everywhere Is $500 Off Right Now

Introducing trampolining as the perfect activity to combat COVID Stress