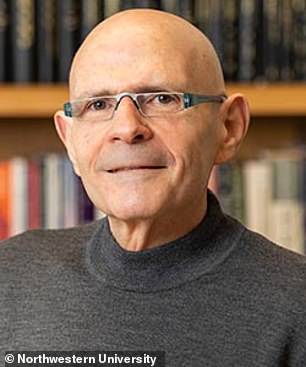 Samuel Stupp, the Northwestern professor who led the study

A new treatment that promotes the regeneration of cells has helped reverse paralysis in mice with spinal injuries, allowing them to walk again within four weeks, a stunning report by a team of US scientists claims.

The team of Northwestern University scientists behind the newly-published research injected a gel into tissue surrounding the spinal cords of lab mice 24 hours after an incision was made in their spines.

The team decided to wait a day because humans who receive devastating spinal injuries from car accidents, gunshots and other traumatic events also experience delays in getting treatment.

Four weeks later, mice who received the treatment regained their ability to walk almost as well as before the injury. Those left untreated did not.

‘The aim of our research was to develop a translatable therapy that could be brought to the clinic to prevent individuals from becoming paralyzed after major trauma or disease,’ said Northwestern’s Samuel Stupp, who led the study.

Stupp wants the FDA to approve human trials because the nervous system is highly similar across mammal species and ‘there is nothing out there to help spinal cord injury patients, and this is a huge human problem,’ he said. 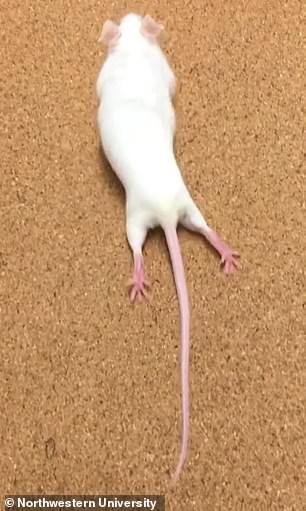 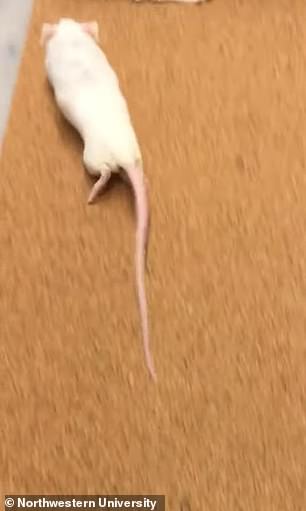 A mouse whose lower part of the body was paralyzed (left) regains ability to walk again (right) after breakthrough treatment by scientists at Northwestern University, their study says 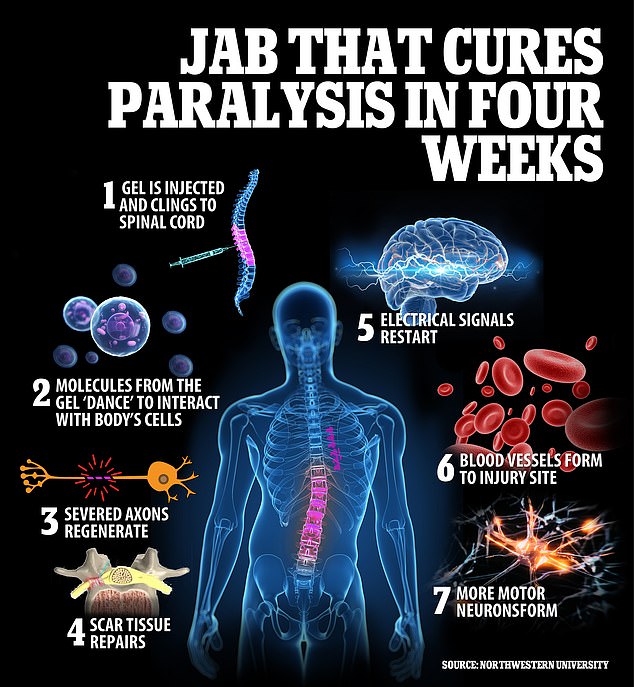 Stupp’s team, on the other hand, used nanofibers to mimic the architecture of the ‘extracellular matrix’ – a naturally occurring network of molecules surrounding tissue that is responsible for supporting cells.

Each fiber is about 10,000 times narrower than a human hair, and they are made up of hundreds of thousands of bioactive molecules called peptides that transmit signals to promote nerve regeneration.

The mice that had the injected nanofibers showed dramatic improvements to their spinal cords, Stupp said.

The severed extensions of neurons called axons regenerated, and scar tissue that can act as a physical barrier to regeneration was significantly diminished.

What’s more, an insulating layer of axons called myelin that is important in transmitting electric signals had reformed, blood vessels that deliver nutrients to injured cells had formed, and more motor neurons survived. 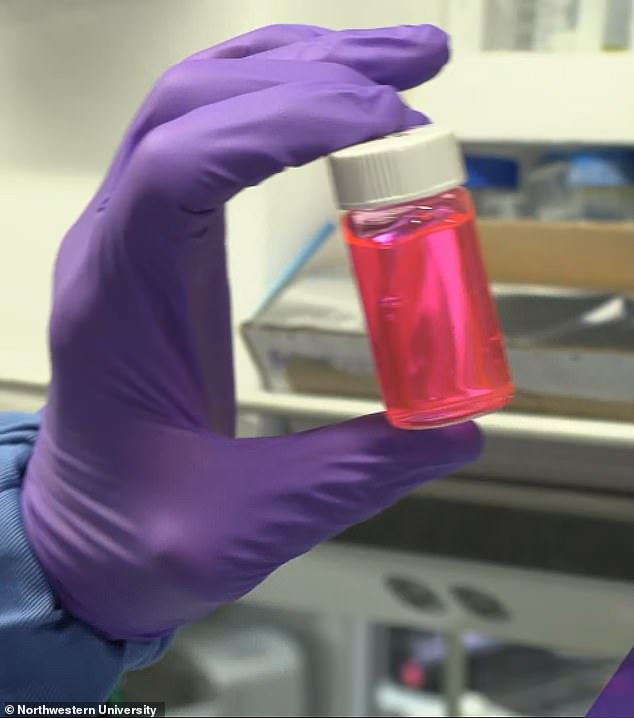 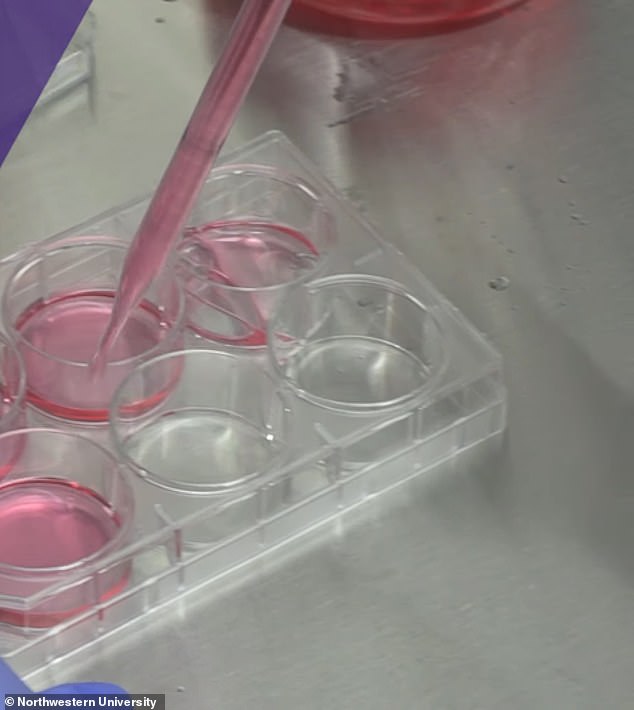 A key discovery by the team was that creating a certain mutation in the molecules intensified their collective motion and heightened their efficacy.

This is because receptors in neurons are naturally in constant motion, Stupp explained, and increasing the motion of the therapeutic molecules within the nanofibers helps connect them more effectively with their moving targets.

The researchers in fact tested two versions of the treatment – one with the mutation and one without – and found that mice that received the modified version regained more function.

The gel developed by the scientists is the first of its kind, but could usher in a new generation of medicines known as ‘supramolecular drugs,’ because the therapy is an assembly of many molecules rather than a single molecule, said Stupp.

According to the team, it is safe because the materials biodegrade within a matter of weeks and become nutrients for cells.

Stupp said he hopes to rapidly move direct to human studies next without the need for further animal testing, such as on primates.

Nearly 300,000 people are living with a spinal cord injury in the United States alone.

Their lifespan is shorter than people without spinal injury, and has not improved since the 1980s.

‘The challenge will be how the FDA will look at these therapies because they’re completely new,’ predicted Stupp.

How to Make Change Matter: Combining Science, Food, and Body

All your questions about using a foam roller, answered  Andrew Valdivia

Weight stigma: Why everybody needs to act