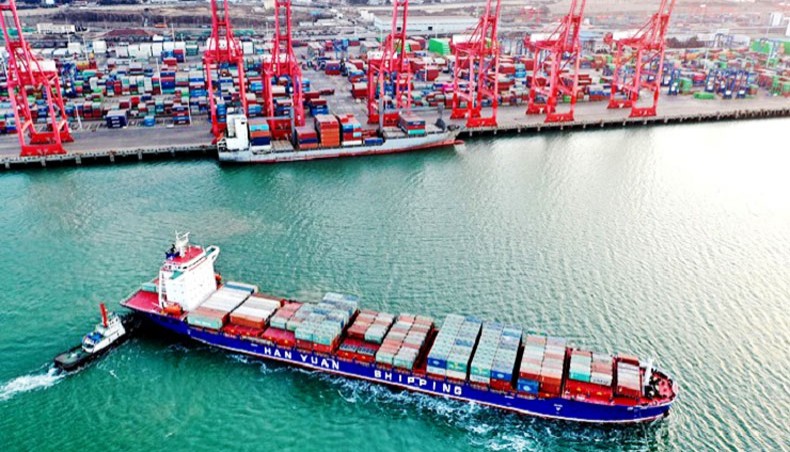 ON SEPTEMBER 17, 2021, Xinhua News Agency of the People’s Republic of China reported that on the previous day the country’s minister of commerce, Wang Wentao, had sent a formal request to join the regional alliance of the Comprehensive and Progressive Agreement for Trans-Pacific Partnership during a teleconference with his New Zealand counterpart, Damien O’Connor. New Zealand is the depositary of the CPTPP.

This appeal was not a complete surprise, because in November 2020 Xi Jinping spoke about the possibility to ‘favourably consider’ such a prospect during speeches at a regular video-summit of the member countries of the Asia-Pacific Economic Cooperation.

The event is highly noteworthy in the development of the political situation in not just the Indo-Pacific region but also worldwide, as the focus of the globe’s ‘great game’ shifted to this region long ago. Apparently, leaders of the Euro-Atlantic region still haven’t quite grasped this.

Except for the leader among them, that is, which remains the United States. It started to transfer strategic attention from Europe to the Indo-Pacific region in the second half of the 2000s. In particular, the Pacific command of US armed forces began to strengthen itself, and to its name the prefix ‘Indo’ was added. At the moment, a large part of the country’s armed forces are concentrated in this command.

The reason is simple and obvious. It is associated with the rapid and comprehensive growth of China, which has become the second de facto world power. The opposition of the ‘old’ world power to the ‘new’ is just as comprehensive. This has always been the case throughout history; as, for example, at the turn of the 20th century.

That is, in exploiting all the means for exerting resistance it was necessary to supplement the military component with economic measures. The latter had to be some sort of regional union under the de facto leadership of Washington, within which the movement of goods and services (over time) would take place without any customs restrictions. To this end, in 2008, the US joined the initially very modest Trans-Pacific Partnership project, which by the mid-2010s already included 12 of the region’s countries — five Asian (Brunei, Vietnam, Malaysia, Singapore, and Japan), five American (Canada, Mexico, Peru, the United States, and Chile), as well as Australia and New Zealand.

In February 2016, an agreement was signed in Auckland, New Zealand, in which ministerial representatives of all 12 participating countries announced the successful conclusion of negotiations on the creation of the TPP, which spanned a period of over five years. In the same document, the event was called a historic achievement in the Asian-Pacific region, and this thesis was supported by impressive figures: the participating countries hold 800 million people, together producing 40 per cent of the world’s gross domestic product, and the total volume of their foreign trade is equal to a third of the world’s. Based on these indicators, the TTP was supposed to surpass the European Union.

But at the end of the same year Donald Trump won the US presidential elections, having expressed the interests of that part of the country’s population which was always burdened by the load of obligations abroad. With the first decree after his inauguration in January 2017, the new president withdrew the US from the TPP alliance, as a potential source of threats to the American economy. After this, the prevailing point of view in expert circles was that the TPP project could be forgotten.

However, the abandoned plaything of the world’s leading power (jettisoned out of boredom) was, after a while, taken up by Japan, which oiled it, polished it and convinced the other 10 participating countries of its usefulness and efficiency. And on December 30, 2018 the updated agreement (in connection with the US’s withdrawal) came into effect, after the number of those who ratified it exceeded half of the members of the alliance. At the same time, two additional letters appeared at the start of the acronym: CP, denoting ‘comprehensive’ and ‘progressive’.

The ‘representative’ CPTPP figures now, of course, look much more modest than in 2016 (after all, the world’s major power left the alliance), but they deserve attention anyway. And most importantly, the project functions quite satisfactorily. It is for this reason that other countries are showing an increased interest in joining the CPTPP, including those that are situated far from the region.

In the first half of this year, the United Kingdom, feeling very uncomfortable following its withdrawal from the EU, became the first new member to undergo the full procedure to join the alliance. An official appeal was submitted to the CPTPP by the UK on February 1, and it was admitted to the alliance on June 2. Since the CPTPP was expanded by the country with the world’s sixth largest economy, and which retains significant political leverage on the world stage, this act will undoubtedly assist in increasing the authority of both the alliance as a whole and of Japan, which is its informal leader.

It seems that this trend should only strengthen in the event of the potential admission of China to the CPTPP, that is, the world’s second largest economy. However, here some clarifying remarks are required.

First of all, China has a difficult political relationship with almost all of the alliance’s members, most of all with its ‘leaders’: Japan, Australia, Canada, and now also the United Kingdom.

At the start of September, a British squadron arrived at the Japanese port of Yokosuka for the first time in decades. The fleet’s appearance, headed by the latest aircraft carrier Queen Elizabeth, which took part in international training exercises in Okinawa with a clear anti-Chinese subtext, illustrates the real condition of these relations. By the way, the comments on these exercises in the Japanese press are accompanied by a mention that they correspond to the general shift of UK foreign policy preference towards the Indo-Pacific region. Notably, the UK’s entry into the CPTPP testifies to this.

As for Australia and Canada, both countries, almost continuously and on various occasions, demonstrate an unfriendly attitude towards China (to put it mildly). In particular, the latest such act from Australia has been its role (together with the UK and the US) in forming AUKUS, a trilateral military-political configuration.

Secondly, the United States (since the previous administration) has periodically hinted at the possibility of returning to the CPTPP. Its members promise not only to ‘not dwell on evil and forgive everything,’ but also to give the ‘prodigal father’ the warmest welcome. Signs of discontent from Washington in response to its main geopolitical opponent’s statement on joining the CPTPP suggest that such a prospect cannot be ruled out. Although if this is an external organisation then why, one asks, worry about what is happening there now.

But there is undoubtedly cause for concern, and it is attributable to the real possibility of the United States finding itself in a position of strategic isolation in the region. The first serious sign of this was the signing of the agreement on the establishment of the Regional Comprehensive Economic Partnership on November 15, 2020. With this, many years of negotiations on creating the world’s largest free-trade zone were successfully concluded, with the participation of 10 member countries of the Association of Southeast Asian Nations, as well as China, Japan, the Republic of Korea, Australia, and New Zealand, and in which Beijing took the lead role.

Thus, China appears at the centre of the global integration process, the main components of which are its own Belt and Road Initiative, as well as participation in the RCEP and now the CPTPP.

Recently, Washington has been trying to pit something of its own against this global trend. But what is known as the ‘Cornwall Consensus,’ which president Joe Biden tried to form in June during a week-long tour of Europe, has not shown any signs of life thus far. Judging by the growing turbulence in the ‘western world,’ we should not continue to expect the appearance of such signs.

The only adequate response of the United States to the trend of forming a global trade and economic space, centred in the Indo-Pacific, would be to incorporate itself as the world’s major economic power (for the time being), having discarded its pursuit of the meaningless spectre of ‘world leadership’. The strategy of incorporation could be based on the original thesis of ‘neo-isolationists,’ according to which the United States is of interest to the rest of the world not because of aircraft carrier strike groups, but for its financial, economic and technological strength, and the spirit of entrepreneurship which is characteristic of this likeable nation.

In no way would this thesis contradict the participation of all the leading world powers in the same trade and economic alliances such as the CPTPP.

In doing so, the question of whose cruise missiles are more hypersonic will lose its relevance. At any moment the prophecy of forging swords into ploughshares will come true, when lions will graze on grass together with sheep.

New Eastern Outlook, September 28. Vladimir Terehov is an expert on issues of the Asia-Pacific region.

The retail sector, which was severely impacted by the Covid-19 and omicron waves, is expected to recover – New Straits Times

What to Do Before Your First Race

Amazon Prime Day 2022: What are the best deals for football fans?

Would You Rather Cycle Than Jog To Loose Weight? — Guardian Life — The Guardian Nigeria News – Nigeria and World News