ADDISON — After she set the best time for her team in her first run of the barrel racing event at the National High School Rodeo competition in Lincoln, Neb., last year, then-15-year-old Lea Krause of Addison hit the third barrel in her second run, which adds 5 seconds to the racer’s time. That, she said, is basically a disqualification.

“It was like tears immediately. I was so upset,” Krause recalled recently. “I can still picture it. I still see it. I just wish I could go back.”

Fortunately, Krause, now 16 and a rising junior at Vergennes Union High School, is getting ready to head to Gillette, Wyo., next week to compete in this year’s national competition.

After another year of training on her horse Corona, a thoroughbred paint horse, Krause is ready to take a big step forward at nationals.

Still, she had a hard time recovering from the miscue at last year’s big show, especially with the guilt she felt for bringing her whole family all the way to Nebraska, and all of the money that had gone into it. When she got home, she took a week off. Even after that, she and Corona had a difficult time acting as a team.

Barrel racing is 90% about the mental game, according to Krause. It was rare to qualify for nationals as a freshman, and most of the other high school students who had qualified were juniors and older, and had mastered their mental game.

“They know how to kind of use their mental game to their advantage, and I’m just learning how to do it, and it’s really hard,” she said. “If you don’t think you can do it, you’re not going to do it. And if you’re not calm, your horse is not gonna be calm. So just being able to keep a clear mind and focus is really important.” 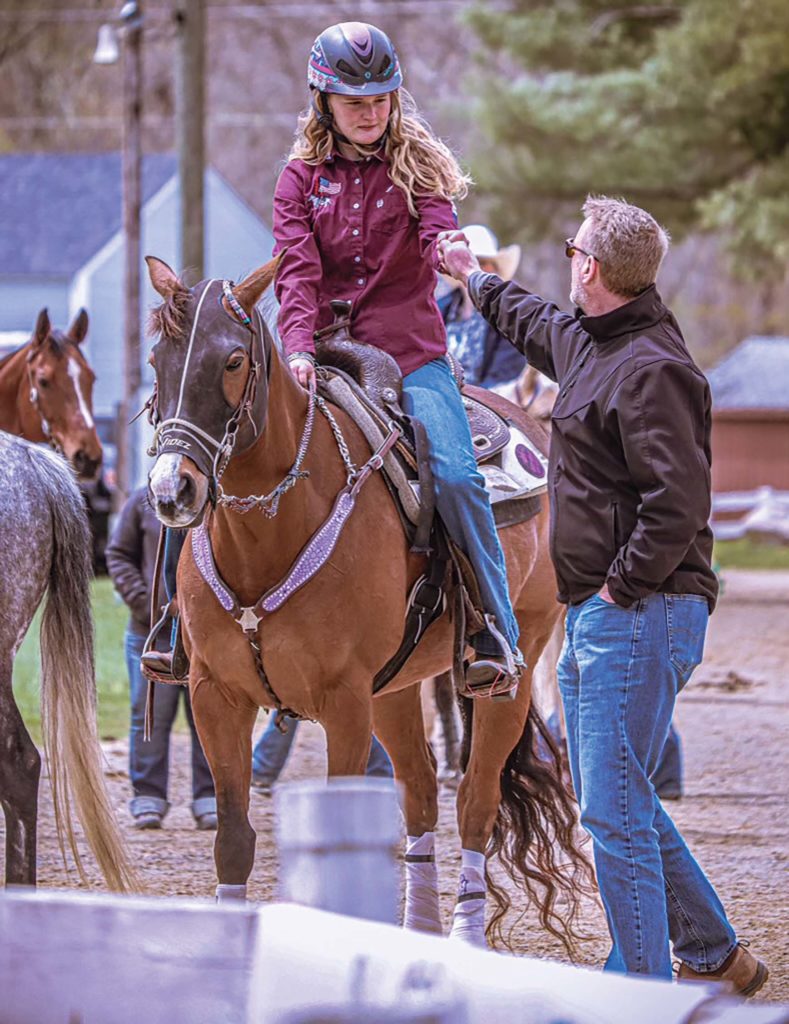 MIKE KRAUSE FIST bumps his daughter Lea as she rides the well-decorated Corona at a rodeo in New Hampshire.
Photo courtesy of Lea Krause

But Krause has been working on her mental game. She has found progress in her times through listening to podcasts, in particular. She and Corona have the occasional “argument,” as she calls it, but their chemistry has improved tremendously.

“Every run we get better,” she said.

Krause is no stranger to the rodeo; she has held the Vermont state title for the past two years.

She began riding her neighbor’s horse at age two, and got her first horse, Boston, at seven. Now, she rides Corona.

It was only three years ago that Krause started barrel racing, in which each racer travels one at a time around a cloverleaf course with three barrels. The fastest time wins.

“That’s what I like about it. It’s just you against the clock,” Krause said.

Now, she attends shows almost every weekend all over the country. It is challenging to find places in Vermont with the standard clover pattern, and Krause often travels to surrounding states, and even goes out West about once a year. Eventually, she hopes to be able to tour states in the West for a week at a time and be on the national circuit.

Accompanying and coaching her on almost all of these trips is her dad, Mike Krause.

Mike did not have prior experience with barrel racing, but got interested alongside Lea, and learned from other coaches.

“I’m amazed at her every day, and super proud of what she’s been able to accomplish. Her drive is second to none and her desire to be the best is sensational,” he said. “I wish I had the passion for something like that at her age. It’s really molded her as an individual. She’s incredibly responsible, has an incredible work ethic, empathy and humbleness.”

He also helps to set her up with other coaches as well, such as clinics by Wendy Chestnut, a competitor on three rodeo circuits from Poultney; Paige and Cassidy Superneau, rodeo competitors from Fairfax; and Sarah Keagan.

“She’s very hardworking and willing to learn. If she keeps up the way she’s going, I think she’s gonna do really big things and she’s gonna go a long ways in barrel racing and whatnot. She’s awesome,” said Cassidy Superneau.

Cassidy and her sister, Paige, train Lea about once or twice a week, primarily doing slow work to improve her technique.

But Lea does even more training on her own, too. Every morning, she wakes up at 5 a.m. and heads to the barn to let out Corona and her other horse, Tiger Lily, who Lea doesn’t ride, but who happily keeps Corona company. Over the summer, Lea rides Corona until about 9 a.m., when it gets too hot. During the school year, Lea also rises at 5 a.m. to tend to her horses, but she rides Corona after school instead. 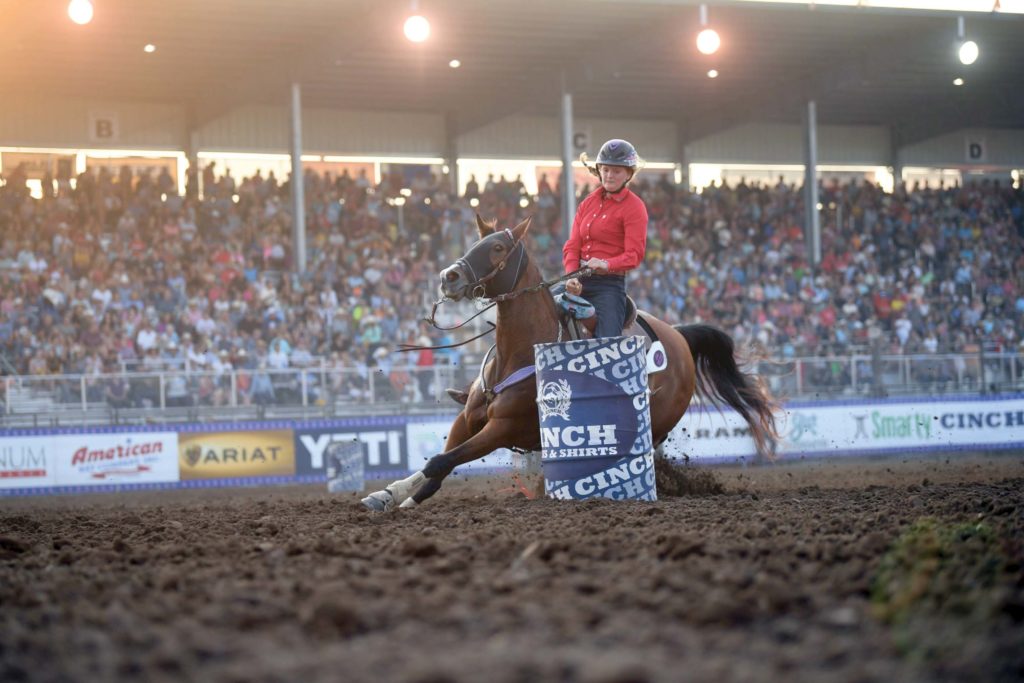 Corona doesn’t see barrels every day, as Lea doesn’t want her to get sick of them. She often practices by breezing, which is essentially a sprint for the horse.

But Corona isn’t the only one exercising. Lea does her own arm and core strength exercises in order to be strong enough to properly ride her.

Lea is hopeful that her hard work will enable her to perform better this year than at the last national championship. She and Corona have been practicing regularly to improve their technique. And Lea and her family are still seeking help paying to get to Wyoming for the nationals.

Lea will compete against 44 teams of some of the best high school students in the country, as the only person from Vermont to ever attend.

“I’ve always dreamed of this, and I’m finally living that,” she said. “I just can’t wait, it’s gonna be a lot of fun. That adrenaline rush is way more than just around here in local shows, because there is so much on it.”

The family will travel to the championship no matter what, but they are still looking for donations for the expensive trip. They hosted a bottle drive on June 18 to raise money, but so far have only raised $1,200 of the $7,500 goal. To donate, people can Venmo VTKrauser or paypal [email protected].

Why scientists are ‘weeding’ coral reefs

How Physical Therapy Can Help Your Child on the Spectrum