Doha: 13 students from Qatar Foundation schools have just returned from conquering Mount Kilimanjaro – the highest mountain in Africa. One of the students, 15-year-old Ali Mubarak, is now the youngest Qatari to climb Kilimanjaro. 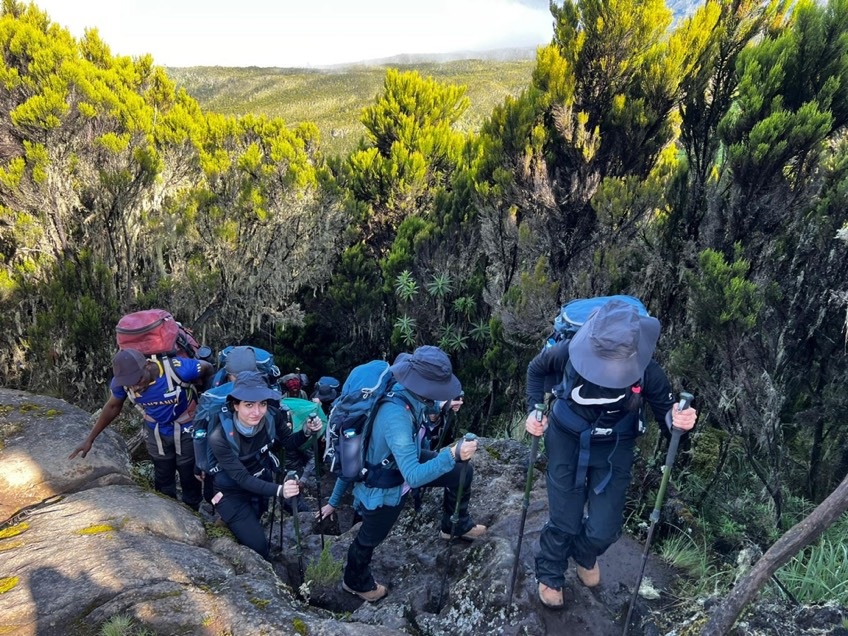 The cross-collaborative trip between students from Qatar Academy Al Wakra (QAW) and Qatar Academy Doha (QAD), both schools under Qatar Foundation’s (QF’s) Pre-University Education, offered students a life experience unlike any they would learn in the classroom when they set out to conquer Kilimanjaro, a dormant volcano in the United Republic of Tanzania, earlier this month.

Learning outside the classroom is key to encouraging students to become more confident, says Abdirahman Handule, a teacher from Qatar Academy Al Wakra, who led the trip after being part of similar treks in his own life. 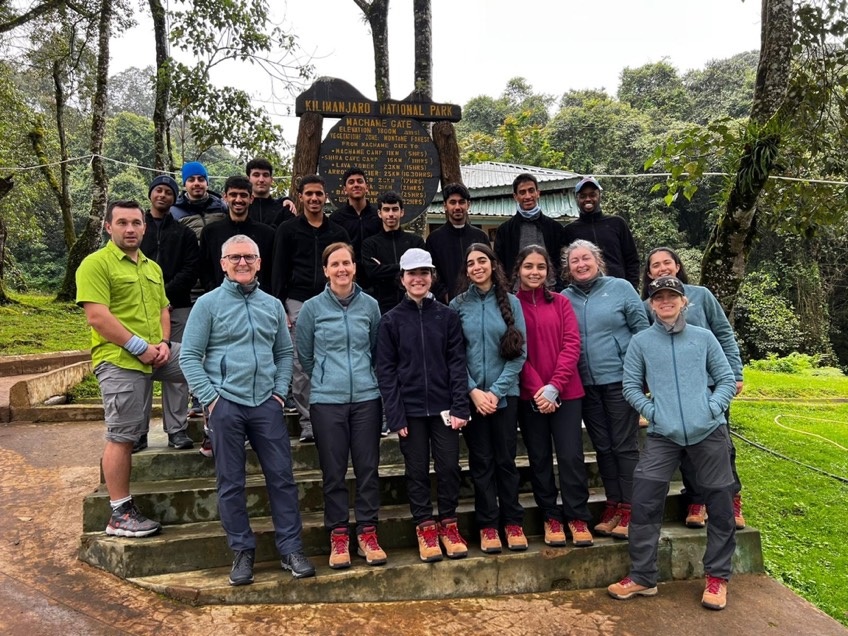 “The main goal of the trip was to help our students be more independent, determined, and ambitious, and to get out of their comfort zones. By the end of the trip, so much more had been accomplished – I was astounded at their strength, and they should be proud of such a huge achievement at such a young age,” he said.

To ensure the students were mentally and physically prepared for the challenge, they began training at the beginning of the year. Physical training included High-Intensity Interval Training sessions and a lot of walking – students often committed to 4 am walking sessions on Wakra beach – along with workshops on instilling a positive mindset. 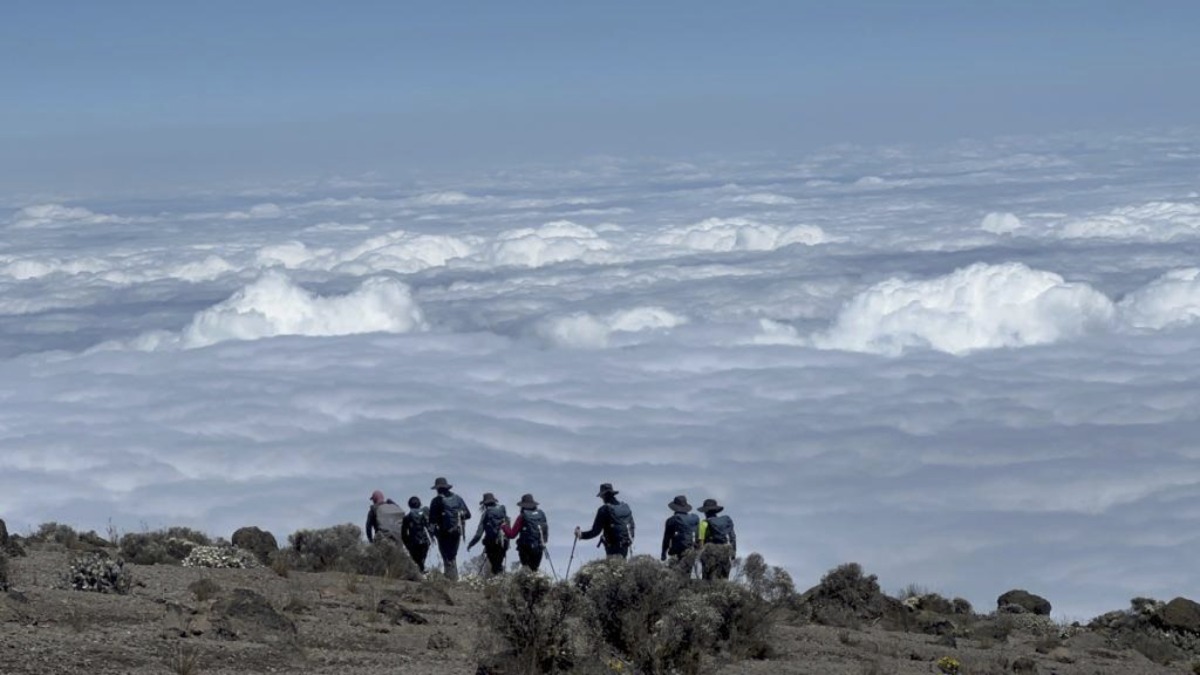 Handule believes the shared experiences made the students, who were aged between 15 to 18, became closer as a group, saying: “The team clicked and supported each other from the start, encouraging one another to keep going. If someone got tired or needed a bit of extra motivation, the others were there for them.”

Jassim Al Thani, a student from QAD, felt that they were physically ready, but said the climb was very different to the exercise they’d done to prepare. “There’s always an end in sight when you exercise. When you’re climbing, you think you’ve reached the top, but when you get there it’s another ledge and you have to keep going. Sometimes it was daunting, but by the penultimate stage we were really excited, and it was exhilarating when we reached the summit.” 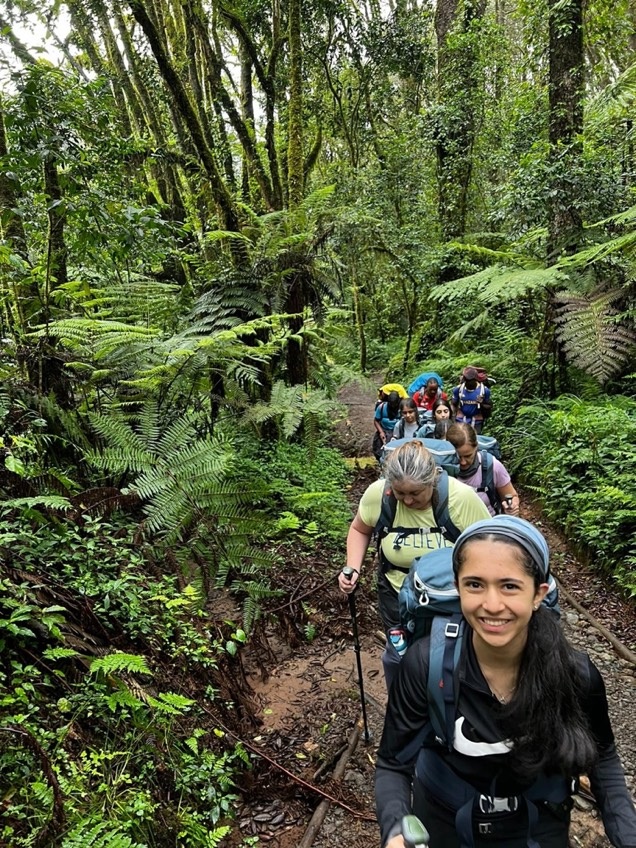 The hardest part for him, he explained, was when they encountered the altitude. “The effects of the altitude were the hardest. It can make you feel dizzy and nauseous, but we had to get used to it quickly.”

Kilimanjaro took five days to ascend and two days to descend, with constant climbing from anywhere between four to eight hours a day, depending on terrain and camps. To keep mentally active during down times, the students played chess and cards. They also took great care to respect the mountain, and protect the environment by ensuring there was no waste left behind.

Handule believes the experience will benefit the students greatly not only in their future education and careers, but also in life, opening doors and offering them possibilities they may have been too afraid or uncomfortable to reach for previously. “In the future they can look back and say that if they overcame this challenge, they can overcome anything,” he said.

Al Thani agrees, saying there were times he struggled, but that he’s glad he persevered, and now he believes anything is possible. His proudest moment of the trip was rewarded by an incredible view.

“There was a sheer rock wall we had to scramble up using our hands, and it was incredibly tough, so I was really proud I made it. You get used to seeing clouds as you’re climbing, but when we reached the top of that wall and really took a moment to look around, it’s an out of world experience – there were fields of clouds as far as the eye could see.” 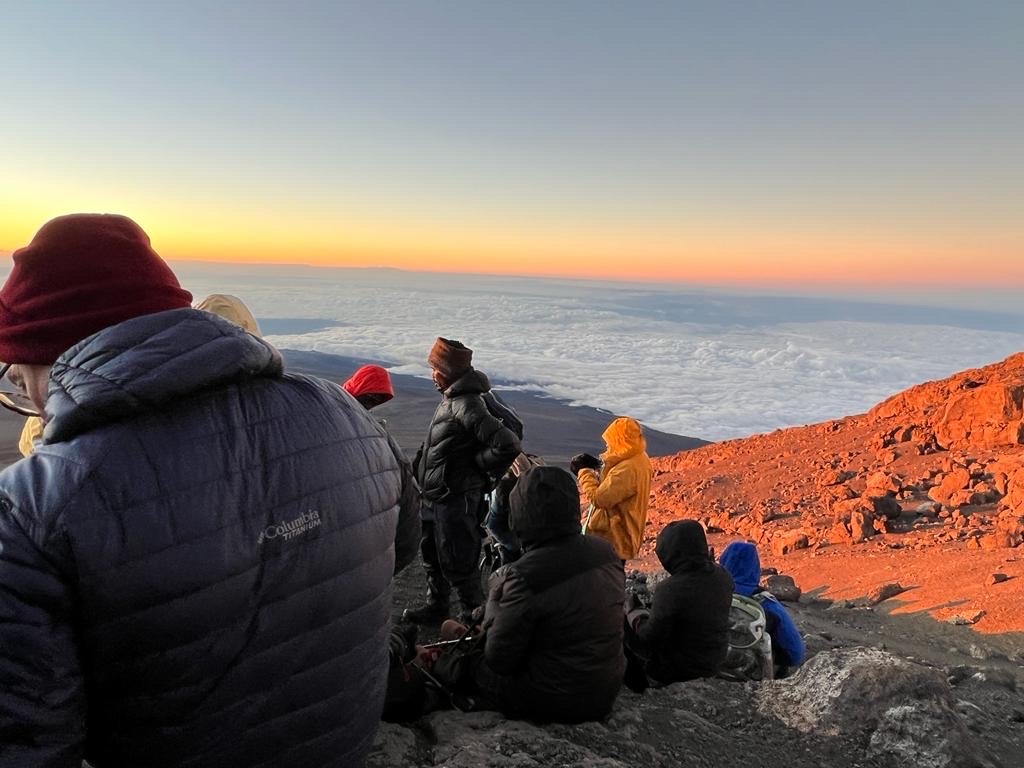 For Handule, his favorite moment of the trip was the students’ reactions on reaching the summit. “Seeing each of their faces as they reached the summit made me so proud. Climbing Kilimanjaro is not easy, but they stuck with it, went through it, completed it. The difference in their characters and persona between pre-journey and post-journey was tangible – the sense of achievement and newly found confidence they all had was obvious.”

Al Thani would encourage others to experience shared school activities outside the classroom. “With any challenge in life there are lessons you don’t learn in the classroom. You have to take it step by step – one step, a 1000 steps, 10,000 steps – and then you’re getting somewhere. The lesson to learn is just to take the first step.”

While there is currently nothing planned for another Kilimanjaro trek, it is something that Handule believes would be considered in the future, and something he would encourage students to experience, at least once in a lifetime.

A LOT of Texas Men Are Looking Into Vasectomies Recently

Immune Ageing: Things You Can Do To Keep Up Your Immunity With Growing Age – MissMalini

Best Pre-Workout Snacks, Their Benefits and Right Time to Eat